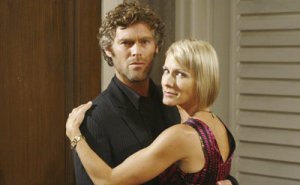 In Sidney Pollack’s 1982 comedy classic “Tootsie,” an out-of-work New York actor dresses in drag in a desperate attempt to land a coveted gig on a television soap opera. The actor, played by Dustin Hoffman, subsequently becomes a national sensation, gracing magazine and newspaper covers across the country. At the time of the film’s release, the concept of a soap character gaining instant household-name status was not so far-fetched, but the fact that such a plotline seems so antiquated today speaks volumes about the major systemic changes that have taken place in New York’s entertainment industry over the last two decades. The daytime drama, a genre that has helped launch the careers of household names such as Meg Ryan, Kelly Ripa and Brad Pitt, is now a rapidly dying breed — particularly in New York City.

With CBS’s announcement last week that “As the World Turns” will end its 54-year run due to low ratings, actors around the city are mourning the loss of yet another longtime outlet for steady work. News of the show’s demise came just three months after CBS aired the final episode of “Guiding Light” and four months after ABC announced that it plans to relocate “All My Children” to Los Angeles early next year. The cancellation of “As the World Turns,” which is set to take place in September 2010, will leave Gotham with just one locally shot daytime drama, down from four only a year ago. To make matters worse, rumors are swirling that ABC’s “One Life to Live,” the last of the New York soaps, may be next on the chopping block. For New York’s production industry and acting community, the genre’s decline means one less source of stability in an increasingly uncertain business.

The term “soap opera” was first coined by the American press in the 1930s to describe a popular genre of serialized domestic radio dramas, according to the Museum of Broadcast Communications. The term referred to the genre’s sponsorship by manufacturers of household cleaning products, particularly Procter & Gamble, which will be officially out of the soap opera business when “As the World Turns” goes off the air next year. By 1940, this type of programming represented some 90 percent of all commercially sponsored daytime broadcast hours. When television usurped radio as the preferred form of home entertainment, in the mid-1950s, soaps made the transition as well.

Though soaps are often the butt of jokes for their contrived storylines and overt melodrama, they have offered steady work to local screen performers for decades. In the early days of television, nearly all daytime dramas were filmed in New York studios, although that slowly changed in the 1970s, when shows like “Days of Our Lives” and “General Hospital” began videotaping in Los Angeles.

As the soap opera genre has aged, so has its audiences. In the mid-1960s, soaps were unrivaled in attracting the coveted 18- to 49-year-old demographic for female viewers, most of whom did not work outside the home. By the 1980s, however, daytime viewing demographics had begun to change, and some 30 percent of soap audiences were outside the target audience, including adult men over 50 and retirees. The change in demographics was followed by a steady decline in overall viewership. While “As the World Turns” attracted more than six million weekly viewers in the mid 1990s, it has drawn less than 2.5 million so far this season, according to Nielsen Ratings.

But it isn’t just low ratings contributing to the soaps demise. With the rise of reality television and other unscripted programming, the industry can no longer justify the expense of producing daytime dramas, which can cost networks upwards of $50 million a year. In comparison, “Let’s Make a Deal,” the daytime game show that replaced “Guiding Light,” costs about half that amount. While sentimental attachment runs high with shows that have entertained generations of Americans, network execs aren’t known for making programming choices based on sentiment. “All good things come to an end, whether it’s after 72 years or 54 years or 10 years,” CBS chairman Les Moonvies told The New York Times. “It’s a different time and a different business.”