Here is some of my favorite theater writing and criticism. You can find a bunch more here on Show Score.

Can Playbill survive the pandemic? 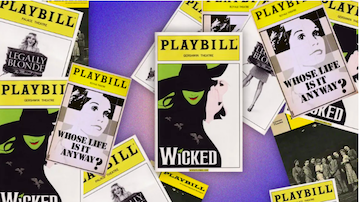 For more than 130 years, the storied theatrical magazine had access to the ultimate captive audience. Then came the shutdowns. I spoke with the owners of Playbill about what they’re doing to survive the pandemic. Full Story 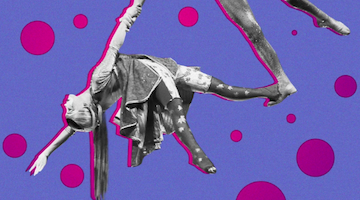 I spoke with executives and performers at the famed global circus brand to discuss how the Covid-19 pandemic devastated its business, perhaps irrevocably. Full Story

When Skittles decided to create a one-night-only musical and perform it in a New York theater as an advertising stunt, I took it a little too seriously. Full Story

Way Down Under The Ground 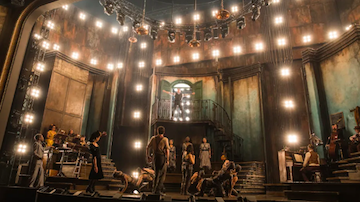 I spoke with director Rachel Chavkin and scenic designer Rachel Hauck about how they created the look for the Tony-winning musical Hadestown. Full Story

Streaming On Broadway? Oh, The Drama

For this Fast Company long read, I wrote about whether the theater industry was ready to accept having their shows captured and streamed on Netflix-like platforms. Full Article

In this exclusive report, I broke the news that hundreds of Equity stage actors were being kicked off the union’s heath care plan after the rollout of Obamacare. Many of the actors were over 50 and finding roles more difficult to come by. Full Article.

For Newsweek, I reviewed the Kenneth Lonergan’s coming-of-age comedy This Is Our Youth, starring Michael Cera and Kieran Culkin, and featuring the Broadway debut of blogging phenom Tavi Gevinson. Full Article.

No Pay For This Play

I spoke exclusively with current and former backstage workers at the megahit show Sleep No More, which relies heavily on unpaid talent despite being a money-making for-profit operation. The show’s management was unapologetic. Full Article.

I reviewed the Broadway phenomenon Hamilton for Newsweek, and yes, I fawned over it as much as everyone else. Full Article.

The annual Tony Awards telecast, which has aired on CBS since the 1970s, is typically the lowest-rated of the major awards ceremonies, and it performs especially poorly with younger audiences. Hamilton could change that. Full Article.